This project, located in downtown Dinuba, included the installation of over a mile of 60″ and 36″ storm drain pipe with additional storm drain facilities and almost 200 linear feet of 80″ steel casing – jack and bored at nearly 15 feet below the surface. 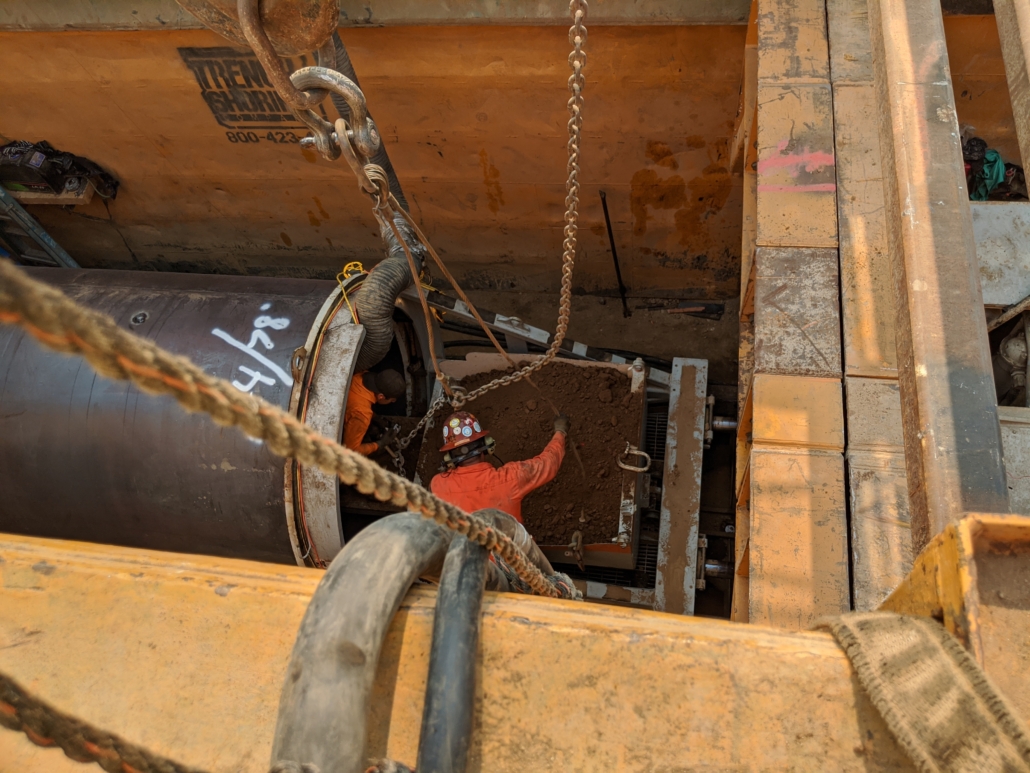 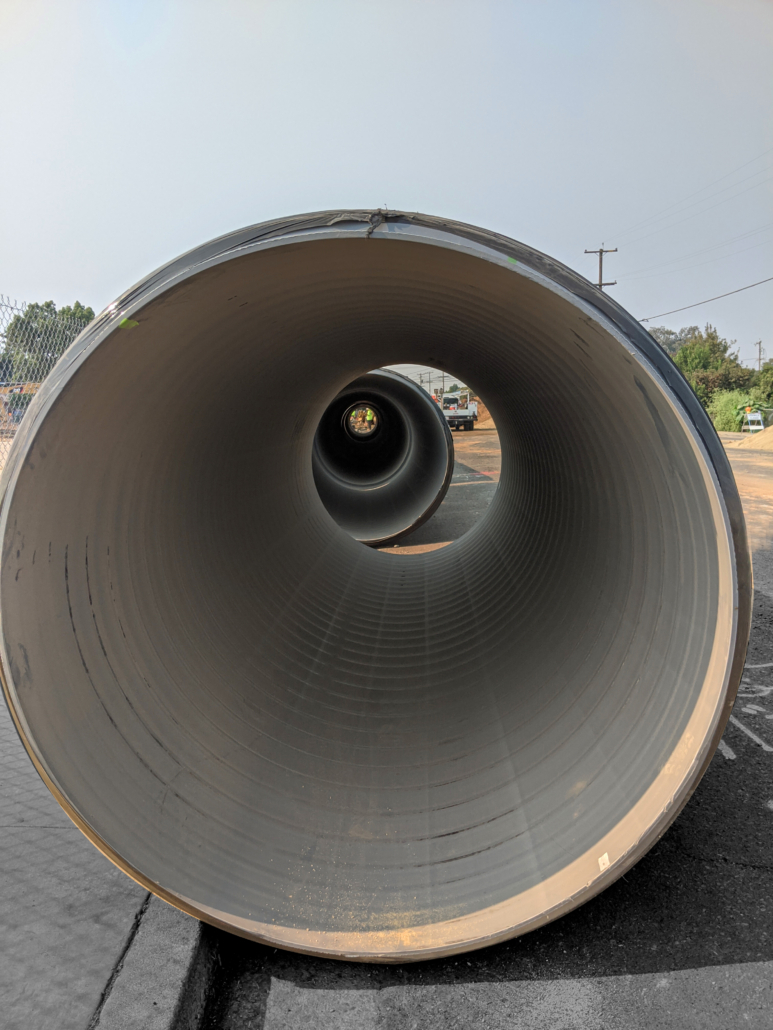 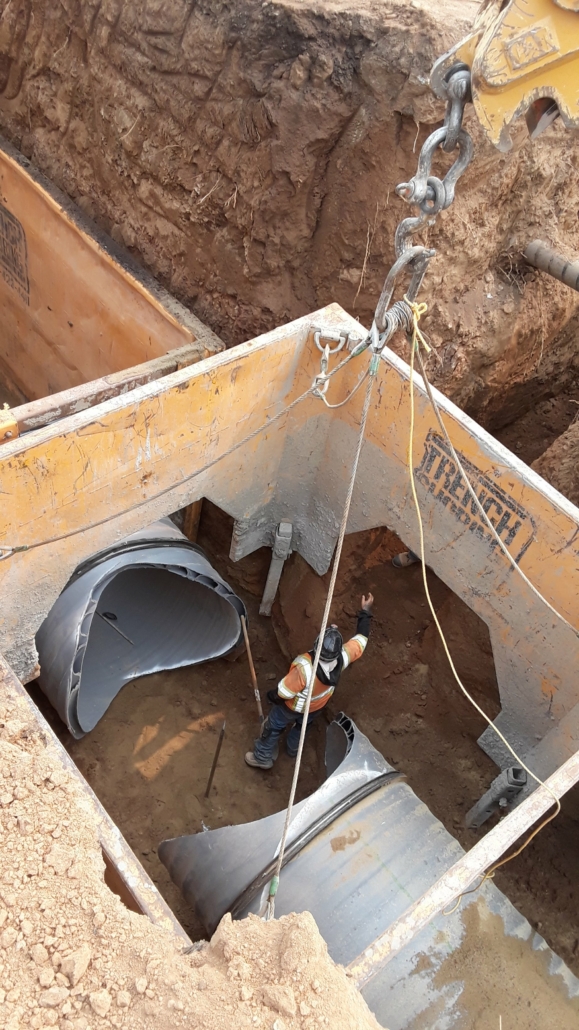 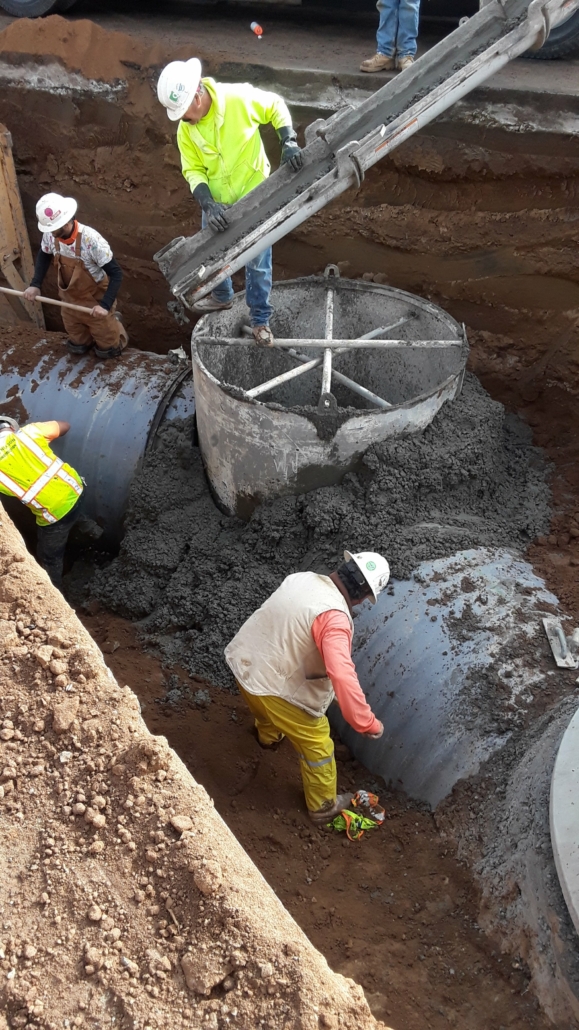 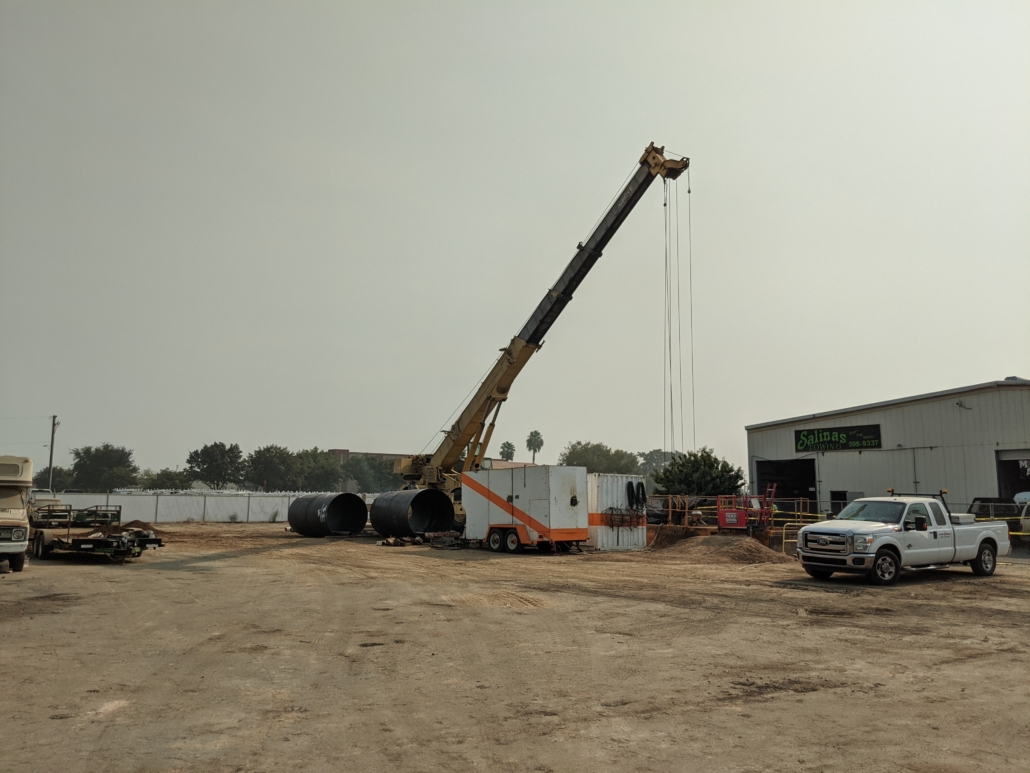 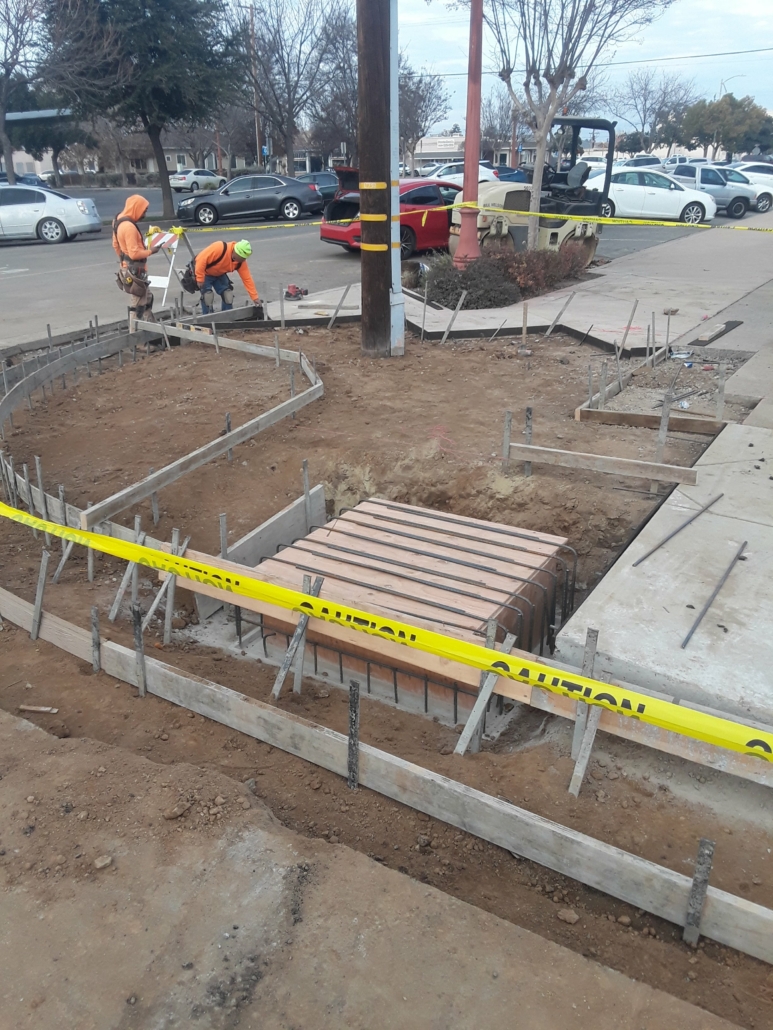 When the City of Dinuba originally designed the storm drain facilities in downtown Dinuba, it was not expected for the City to grow as fast as it did. Because of this exponential growth, the City of Dinuba’s population outgrew the existing drainage system and began experiencing flooding because of new development pushing more and more stormwater into a subpar storm drain system. Since many businesses and important buildings reside in the downtown area, the City decided that an adequate, master planned storm drain system needed to be installed.

Through expert techniques and well-organized management, the installation of a 60″ storm drain main was designed and installed to rid the downtown Dinuba area of flooding issues. Being over a mile long and in an older part of town, designing and installing such storm drain facilities encountered numerous problems. Existing utilities and railroads added obstacles, non-documented wells added timely damage control, and ill-designed facilities added costly and unavoidable improvements. However, because of our design team and inspector, many issues were resolved and avoided by early detection and quick understanding to manage present and upcoming problems.

Now, because of our work, the downtown area of Dinuba has less flooding and a brighter future for more development and increased City growth.