Phase 1 improvements included installation of landscape and irrigation improvements, asphalt parking lot, parking lot lighting, construction of concrete sidewalks and patio, and installation of playground equipment and drinking fountain.  Phase 1 also included the purchase and installation of a pre-fabricated restroom building and park furnishings (benches, tables, barbecues, trash receptacles).  Underground infrastructure was installed for future Phase 2 improvements, which will include a covered gazebo, veterans memorial wall and rose garden to be located along Jensen Avenue at the westernmost entry point to the City. 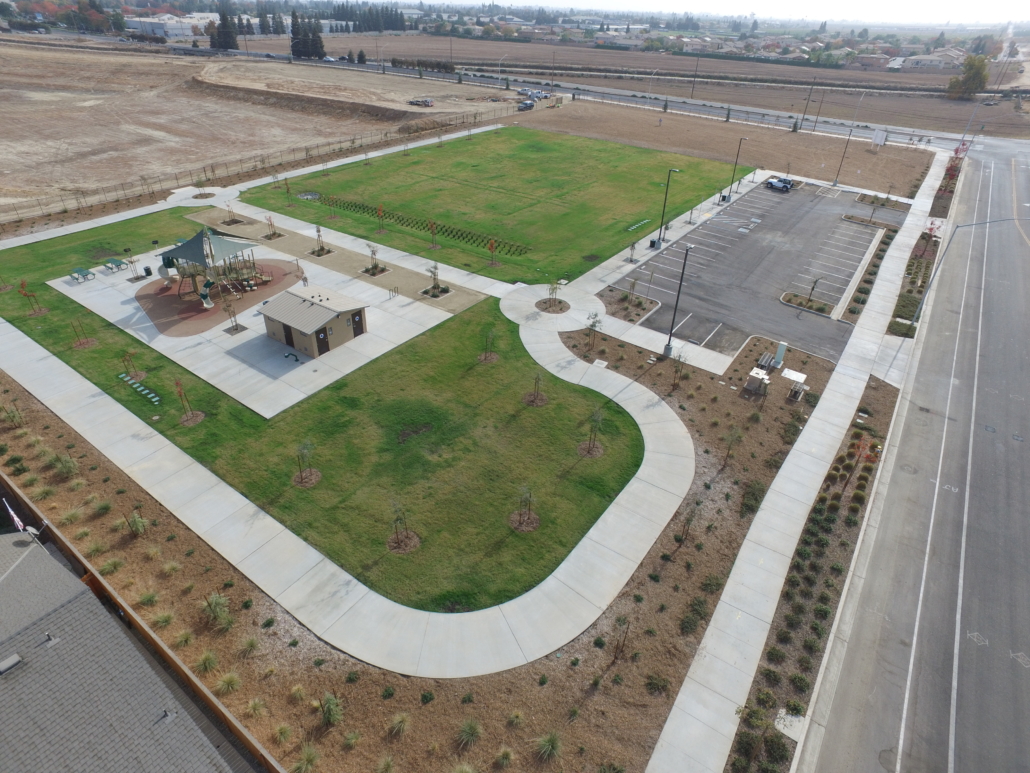 The project had been in the works for more than 12 years, as the land for the park had been dedicated to the City of Sanger with a 2006 subdivision.  The park was always envisioned as a memorial for Sanger veterans, and a Veterans Advisory Committee was formed early on to develop the conceptual design.  The City was unsuccessful in securing funding to implement the project for many years and the land sat vacant until a new City Council prioritized the park development by pledging some General Fund revenues to kick-start the process.  City Staff was then able to cobble together several funding sources to make it happen.  Even with more than $1 million in funding, there were insufficient funds to complete all desired park improvements, so the project was phased.

Yamabe and Horn was the lead consultant on the project team, and secured Designlab252 as the project landscape architect.  In addition to managing the project design, budget, team and construction, Y&H aided the City in several major cost-savings efforts while maintaining focus on completing as much of the park improvements as possible within Phase 1.  These efforts included procuring the pre-fabricated restroom building and tot lot play structure separately from the construction contract through the National Joint Powers Authority (NJPA) and coordinating the delivery and installation of these elements with the site construction contractor, Steve Dovali.  The end product was a park that the community could be proud of, as the large turnout at the park’s ribbon cutting ceremony could attest.