As Kerman has expanded under Yamabe & Horn’s role as City Engineer, the Del Norte Sewer Trunk was an obvious candidate for expansion to increase capacity following the City Master Plan. The project has added over 4,500 feet of sewer main consisting of multiple phases spanning over a decade.

Yamabe & Horn facilitated resident engagement with meetings at City Hall as well as letters to the residents along the improved sections. They provided the letters in Spanish as well to serve part of the community that didn’t speak English as their primary language. 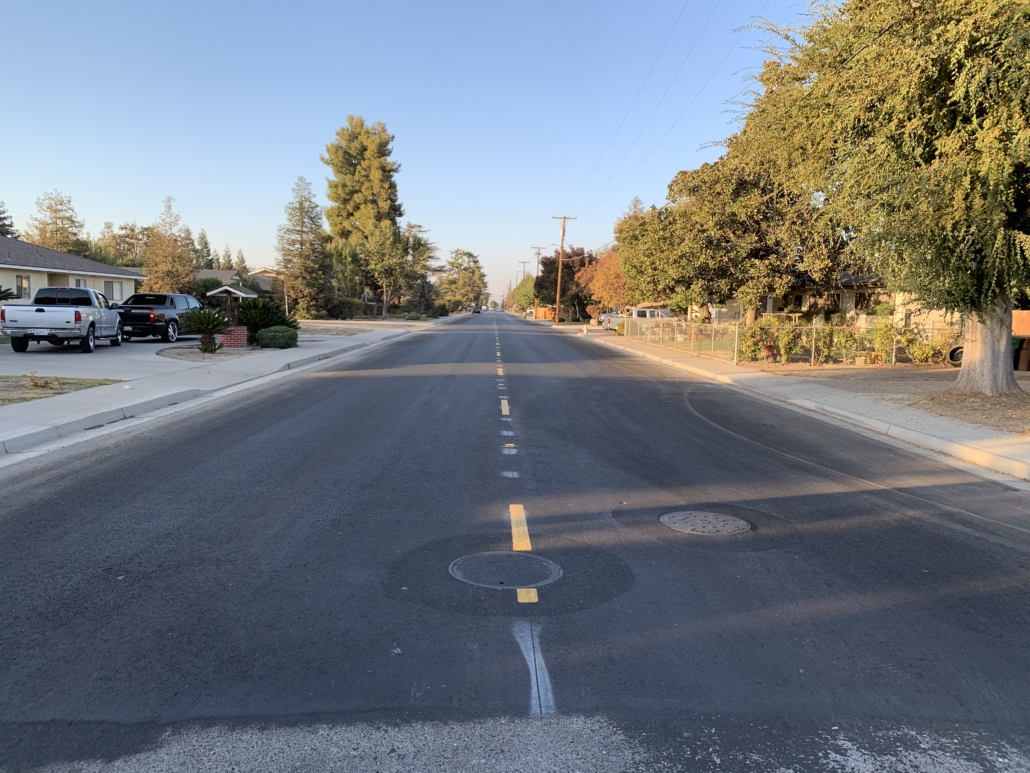 A portion of the project crossed Union Pacific Railroad, requiring a license from the railroad to cross their right of way. The complexities of satisfying Union Pacific can be cumbersome, even more so than many of Yamabe & Horn’s projects with Caltrans, given the many requirements placed not only on the City, but also the contractors. Yamabe & Horn were able to satisfy the railroad and obtain a license to cross their ROW and completed the 110 feet of sewer main with jack & bore installation to prevent interruption of the active rail. The sewer main was surrounded by a 30-inch steel casing to provide additional security should the main ever fail underneath the railroad ROW.

Installation of the sewer main provided the City of Kerman the opportunity for complete reconstruction of Del Norte Avenue including correction of pavement decencies and the installation of ADA compliant ramps and sidewalk in the project vicinity.